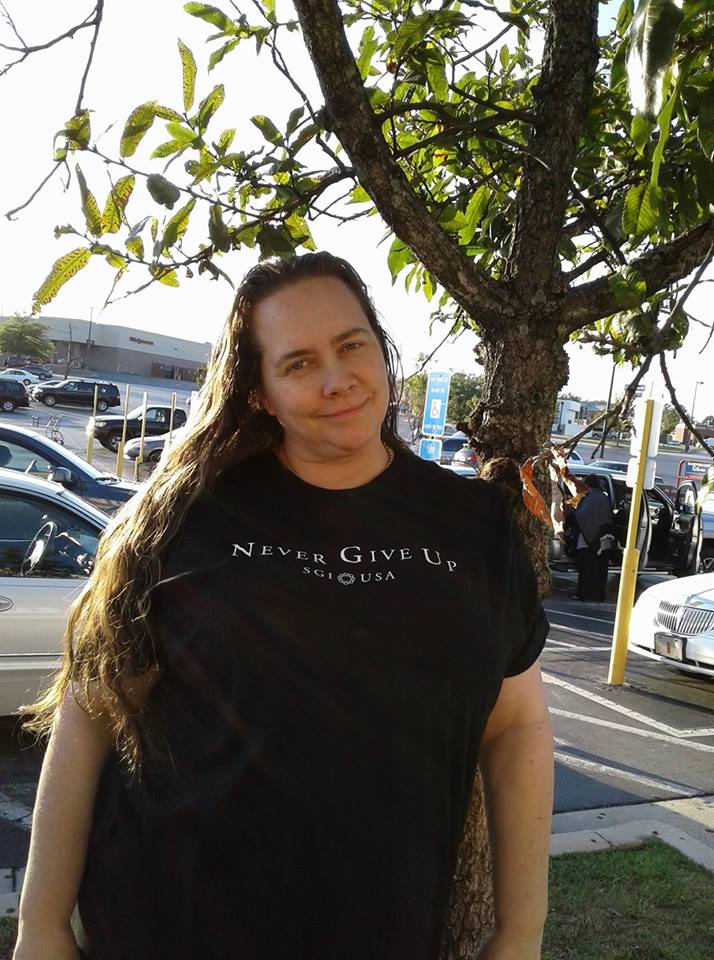 On October 21st, 1965, I was the very first official all-American born into the practice of Nichiren Buddhism in the United States of America.

My all-American maternal grandmother (& sole genetic mother), Margaret Illig Flanagan, was also born into the practice of Nichiren Buddhism… and, since childhood, never did she miss even one gongyo, but that was top secret. Margaret adopted Daisaku Ikeda’s genetic daughter / her genetic granddaughter / the mother who gave birth to me & whom I grew up with, Anne Fields, as a newborn in 1939. Margaret’s genetic daughter / my Uncle Dick’s twin / my genetic sister, Marilyn Monroe, secretly gave birth to Anne at age 13. Both Margaret and Anne grew up in Wellsville, New York. Then in 1982, as my grandma was dying of advanced breast cancer, my mother paid a nurse to add a lethal substance to her IV so she could inherit her money faster. Little did Anne know that I was Grandma’s sole heir. At the time that Margaret died in her home in Wellsville, I was a 16-year-old living in Princeton, New Jersey.

My all-American paternal grandmother, Ruth Elliott-Willis, was secretly introduced to the practice of Nichiren Buddhism by her (& my) genetic father, King George VI, when she was a young girl living in Knoxville, Iowa. Then, at age 13, she secretly gave birth to her genetic son & my genetic father, Daisaku Ikeda, who was promptly shipped off to Japan to grow up in a Japanese family. Ruth followed King George VI’s precise instructions and kept her chanting a secret from even her own husband and 3 children.

My all-American paternal grandfather, Robert Elliott, had to be stationed in Japan as a photographer for the U.S. Army Air Corps (now the Airforce) during World War II to finally get introduced to Nichiren Buddhism. It was there that he was also introduced to his blood brother, also Mr. Elliott, whom he urged to marry SGI’s Mrs. Elliott when she was still  a young Geisha. Both Elliott brothers spelled Elliott with 2 t’s (but ever since I showed up in the organization in Santa Monica in 1990, Mrs. Elliott began dropping one t). My grandpa was the Mr. Elliott who actually wanted to chant. Always did Grandpa lament about not being younger so he could have married SGI’s Mrs. Elliott, himself. He thought it was such a great fortune to be married to a wife who chanted. Little did he know that his own all-American wife back home had secretly chanted since the time she was a little girl!

My grandpa spoke about SGI’s Mrs. Elliott for the rest of his life, and, finally, my grandma had enough and took matters into her own hands. Ruth poisoned Robert to death in late 1977 at their new home in Lake of the Ozarks, Missouri so she could return back to Knoxville, Iowa and marry the man who truly loved her (then newly widowed), also the genetic father of my Uncle Norm (yet another genetic father of mine).

Robert and Ruth’s oldest son, Dennis Wayne Elliott (1941-2020), is the father I grew up with. He was a CIA operative that people have come to know as the Zodiac Killer. Until the murder of my Grandma Flanagan triggered the beginning of my parents’ divorce in 1982, I called my father, “Denny,” because everyone thought he was merely my genetic uncle (which he is), but of course it would turn out that the father put on my birth certificate would also be yet another one of my genetic fathers.

At age 13, my genetic sister (and grandma), Queen Elizabeth, secretly gave birth to Dennis in 1941 and he was immediately shipped off to Iowa to grow up as the oldest child of her older sister: my Grandma Elliott (his genetic mother). My Uncle Norm (another one of my genetic fathers as well), born in 1946, is actually Queen Elizabeth’s genetic son, but my Grandma Elliott gave birth to Norm thinking that she had naturally conceived him with her secret lover and future husband, Henry Willis (a direct descendant of Thomas Jefferson and his slave, Sally Hemmings). Henry was indeed one of Norm’s genetic fathers.

Thus, both my parents, Dennis and Anne, were also born into the practice of Nichiren Buddhism and have secretly chanted since the time they were children

As you can see, my entire family has always kept all these facts a strict secret from the world which was the plan and, publicly, everyone always knew my former immediate family to be Roman Catholic – like my Grandma Flanagan whose ever-consistent, full Nichiren Buddhist practice was always top secret.

Since my teenage years, however, my former immediate family has become publicly affiliated with numerous other faiths, but never with the Nichiren Buddhism that is the foundation of our lives.

Other than my genetic father, SGI President Daisaku Ikeda, I am the only member of my family to have gone public with my Nichiren Buddhist faith.

At age 6 months, I was also identified as the sole true, bona fide, legal Dalai Lama, but because I was “just a girl,” they decided to keep the current male Dalai Lama stand-in in place and this arrangement continues to this day.

Since birth, I had one true daddy: Josei Toda, himself. I would never have survived my life of the most severe trauma without him. Everyone thinks that Josei Toda died in 1958, but that’s when he would say that his life truly began. He had snuck over to America to comfort my Grandma Flanagan when her husband died on the operating table during a botched surgery to repair his longtime stomach ulcer in 1952. Daddy had continually attempted to introduce my Grandpa Flanagan to Nichiren Buddhism, but he had stubbornly resisted. After his death that same year, Daddy and Grandma began their red hot love affair, unbeknownst to my 13 year old mother, Anne.

Margaret gave Daddy a lock of her curly light brown hair and Daddy had me created as their Love Child. Daddy was even in the delivery room when I was born (as the female nurse who chanted into my ear to stop me from crying) and he was my personal tutor who rigorously trained me in countless subject matter and faiths, including (but not limited to): Nichiren Buddhism, Scientology, the Kabbalah, Mormonism, spirituality, coaching, hypnosis and all psychic arts. To prove that my mother, Anne, never spoke to me, Daddy extensively spoke to me in only Japanese, explaining why this is the very first language I spoke clearly at age 6 months (the time Gary Murie sketched me as the Gerber Baby).

At age 8, I co-founded and extensively co-planned the SGI (Soka Gakkai International) in the living room of my home in Old Greenwich, Connecticut USA. My father, Daisaku Ikeda, may be known as the official SGI president, but always have I been [the other] SGI president since the time I co-founded and extensively planned the SGI from scratch as a little girl in Connecticut.

At age 13, I became the very first High Priestess of Buddhism when High Priest Nittatsu was murdered on July 22, 1979. Never before had Nichiren Shoshu ever had a high priestess, much less one who was an American girl in the 7th grade. Thus, my grandpa / genetic brother, Nikken Abe, decided that the only proper thing to do was to stand in for me as the 67th High Priest(ess) of Nichiren Shoshu. On December 15, 2005, Nikken officially retired and 68th High Priest(ess) Nichinyo is the Japanese man who stands in for me at this time, even if my interests do not at all align with what is currently Nichiren Shoshu.

It was none other than Nichiren Shoshu’s 66th High Priest Nittatsu Shonin (Daddy in disguise) who so lovingly conferred on me the honorific title: High Priestess Claire Daishonin.